The news of Indian born IT engineer Sundar Pichai being appointed as Google India’s CEO brought with it waves of celebration and hope to the Indian IT industry. However, it also raised the question of why, in spite of producing such geniuses, has the country failed in technological innovations of its own kind. 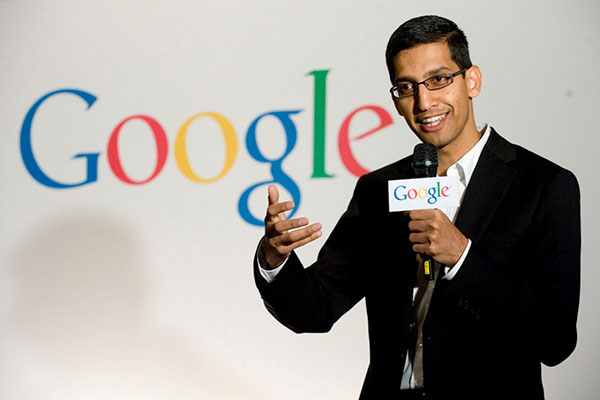 Pichai, a graduate from IIT, joined the Silicon Valley brigade about a decade ago and is taking charge of the organisation as Larry Page, the co-founder will be shifting his attention to another company called Alphabet. Pichai headed Chrome and Android earlier and is the second Indian origin IT genius to take up a position of global importance this year. In another important announcement earlier this year, Satya Nadella was appointed as the Chief Executive of Microsoft.

Along with pride and celebrations about the advantages of an open market allowing Indians to explore their talents in different parts of the world, questions are being raised as to why the country has not been able to create its own Google or Android or even a market capturing mobile phone manufacturing company like the Chinese yet. Pichai’s journey is indicative of how talents from India are capable of taking up responsibilities in world leading companies.

Some experts point out to the possibilities of cultural differences between India and the West. Examples show that Indian entrepreneurs who didn’t maintain the sober and well-behaved nature were not welcome for long, whereas, personalities of owners barely made a difference to the success of their brain-child organisations elsewhere in the world.

Another strong reason behind the country’s failure to make it big in the information technology sector might be the fact that a major chunk of programming and similar work that it does for companies such as Wipro, etc are for products which are manufactured abroad. However, signs of improvement in the start-up of businesses are improving with time and it is likely that India will see a change in years to come.