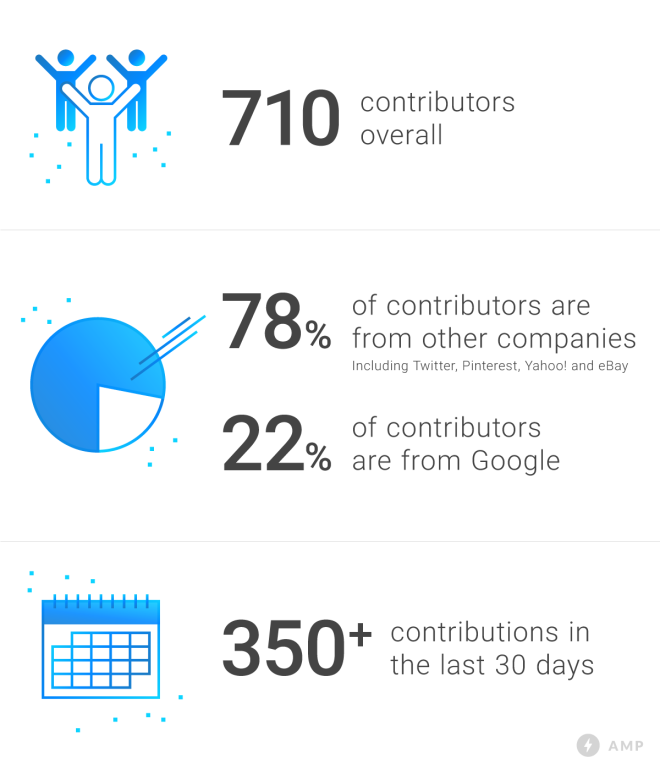 AMP received contributions from 710 contributors overall, 22% from Google employees, 78% from other companies such as Twitter, Pinterest, Yahoo, and eBay. In the last 30 days alone over 350 contributions landed in AMP!

As you know that when the Accelerated Mobile Pages (AMP) project started, that makes easy browsing, minimize the long time to load for commuters and mobile web pages visitor.

The Google AMP project tech leader, Malte Ubl declared that the AMP Project team is moving to an open governance model.  It is started before 2 years as a tiny open source project with only 2 contributors. Now the Google highlighting that 700 contributors and 10,000 commits running on millions of website.

Why an open governance model for AMP Project?

“When choosing a governance model (a system that describes how decisions are made) for AMP,  we initially focused on agility. AMP has always been powered by the voices and feedback of the developers and organizations that use it; however, governance was centered around the tech lead, who ultimately decided what got executed and how. While this works great for smaller projects, we’ve found that it doesn’t scale to the size of the AMP Project today.”

Google support the open source community and wouldn’t like to execution and framing of AMP project by any brand. Google keep AMP web pages on top of the search engine for mobile visitors. Therefore the web page publisher needed to adopt AMP standard.