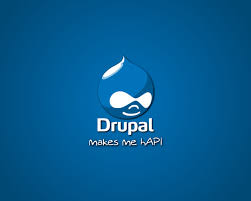 What is Drupal?
Drupal is considered as an open source CMS( content management system) which uses PHP language to manage content on various kinds of websites like informational sites, ecommerce  websites, social media sites and web applications. Nearly 2.1% websites throughout the world use it as back-end system for various uses like personal blogs, corporate website, political websites as well as government websites. Knowledge management is the other name given to Drupal. The drupal developers are increasingly being in demand for their skills.  Drupal development company that employs these skilled people are fast becoming popular due to more and more people asking to get their website developed in Drupal platform.

Drupal is often considered as a better CMS than others in this trade as it provides the following solutions:-

Start and growth of Drupal

Drupal was originally started by Dries Buytaert in January 2001. He wrote it as a message board but gradually it became as an open source project in 2001. Drupal comes from a Dutch word- ‘druppel’ that means ‘drop’ of water. Buytaert was earlier interested in calling the website – ‘dorp’ but he mistakenly thought that the error was far better so he devised this CMS as ‘Drupal’.

From start till today, Drupal has become a fast growing community and is increasingly getting popular. It can be evident from the fact that during July 2007 to June 2008, it was downloaded 1.4 million times, a growth of 125% from previous years.

Dries announced a code freeze for Drupal 7 on March 5, 2009. However, it was released only on January 5, 2011 in hardly some of the countries. Maintenance on Drupal 5 was however stopped and only Drupal 7 and Drupal 6 came under maintenance work. Drupal 7.22, the latest version was released on 3rd April 2013.

Drupal 8 is yet to be released with no certain release date. The main work on Drupal 8 includes several Core Initiatives like Mobile, Layout, Web services, Configuration management and HTML 5.

There are thousands of modules covered under Drupal core. Some of the most common modules are:- Views, Token, Chaos tool suite, Pathauto, Date, Libraries API, IMCE, Google Analytics, Administration menu, Entity API, Content Construction Kit, Backup and Migrate, Link and many others.

It is quite unbelievable to see that Drupal has entirely changed the direction of how any organization will look after the content management strategy as well as tools that can be used to support it. Everything is going in Drupal’s favor. Drupal is now developed as well as supported by a vibrant international community of thousands of businesses as well as several hundred and thousands of users. Drupal offers support to millions of websites of every kind. Although Drupal is going places, there are two challenges that the members of drupal will face in future.

Thus, Drupal, for the time being is considered as effective CMS and its growth in the past several years has taken the IT industry by storm.