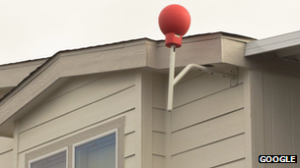 In a move to connect internet to the buildings below the ground, Google is launching balloons into near space.

This welcoming note is taking place in New Zealand. It has been decided that a total of 30 balloons with super pressure are going to be released which will be then controlled by a team of experts from earth stations.

One can actually witness these translucent and jelly fished balloons being released from the frozen grounds of New Zealand as they rise high into the blue skies. This move is said to get the entire earth online.

The idea may sound weird but Google took almost 18 months to work on this project which is called Project Loon. At first, it was thought that the internet access with this method won’t work but Google’s experts are hopeful that they will build big fleet of balloons in near future so as to offer good online connectivity for people living in remote areas. In case of disaster where every type of ground communication gets disrupted, these balloons will ensure that people can connect with each other through internet access.

It is believed that there will be attached equipment with these balloons that will offer 3G speed to almost 50 countries at one go. These helium filled balloons have been developed in X labs and they connect with the internet when moving on wind. These balloons have been released in the stratosphere that is 20 km above the ground so that they don’t bang into commercial aircraft.

If this technology will prove successful, then expenses of laying fibre cable for internet in countries of Asia and Africa will go down. Internet is one of the most successful technology in today’s time and it should have widespread usage.

These so called balloons get power from solar panels that are attached below and get charged in four hours a day. They stay in sky for 100 days at stretch and offer connectivity to an area of nearly 40 km as they travel in west to east direction.

This project seemed to be a risky affair as winds could take the balloons wherever they want. But Google’s team have conveyed that they will be controlling the up and down movement of balloons so that they catch the appropriate wind and sail smoothly in the desired direction. 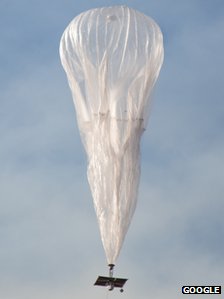 Basically, the Google team will be choreographing the movement of balloons through computer servers and everything will be calculated to keep the balloons on track.

In order to adjust the balloons altitude, there will be software backing them. Also, since the equipment attached with balloons runs on solar powers, so the Google team will have to ensure that there is enough charge left in the batteries to carry the working of algorithms throughout day and night.

These balloons have flashing lights as well as radar reflectors so they don’t pose a threat to any aviation authorities.

If successful, these balloons will be a boon to those areas where internet was not accessible in the past.